Origins of the French Parliament

Shortly before his death, King Philip II Sirius enforced a number of legislative changes across his Kingdom. While granting his vassals greater autonomy than in the Imperial Age, for example by limiting the Imperial Army, which would later lead to its dissolution, he also had the forethought to rewrite the Law of the Empire into the French Legal Code, which remains relatively unchanged up until Torrino III’s ascension.

The French Legal Code was established in 1181, with the first session of the Parliament, a gathering of the lords of the country. At first, the Parliament was representative only of the highest nobility, the Dukes and the Counts, but eventually, its definition expanded to include any landowner of specific tax revenue which was paid to their liege lord; with the exception of the King’s direct vassals, who were automatically allotted a Voice in the Parliament. Finally, the Parliament would expand even further to include specific Voices for urban centers, so now Cities and Towns of a specific population would be given their own representation.

The Session of 1181 took place in Fernyard Fortress in Rosewood and saw the gathering of the Loyalist Dukes and Counts of France, where they chose to rewrite Imperial Law into the Laws of the Kingdom. Following the wishes of King Philip II, the Parliament established itself as an institution without which the King cannot exact supreme power, thinking the Fifty Years’ War could have been avoided if the Emperor did not hold supreme power. The French Legal Code focuses on the rights of freemen, the autonomy of Cities, the privileges of the nobility, the extent of the Church, and the power of the Parliament itself, among other things.

Since the year 1210, the Parliament has reached its height where every influential secular court, which meets the requirements, is allocated one “Vox”, one Voice in the Parliament. Currently, the Parliament is endowed with the power to regulate war, indirect taxation, coronation, and High legal feuds between the nobility.

As of 1220, the Parliament convenes for the Fifth time in order to Crown Torrino III as the King of France, together with the Archbishop of Rosewood.

A post describing an emerging threat on the Franco-Breton border. War might be upon the Kingdom of France once more. 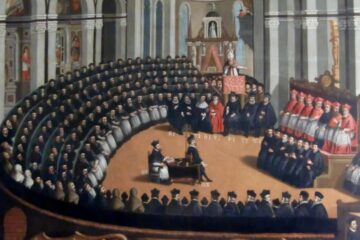 The Canons of the Council of Bologna 1210

The Council of Bologna in 1210 represents the shift from the progressive policies of Alexander I, to a stricter dogma and less tolerant mindset within the Catholic Church. 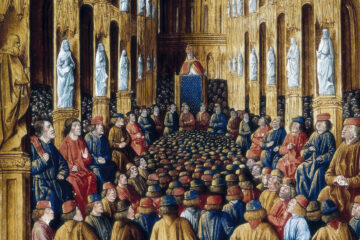 The Canons of the Council of Rosewood 1087

The Rosewood Council of 1087 represents the height of freedom from Church domination within Europe. This would all change with the death of Pope Alexander I.