The Kingdom of France has maintained a long peace since it subjugated the minor French lords in its vicinity. However, the borderlands are always infamous for skirmishes by raiding parties, or rogue lords acting against the wishes of their Kings. In the month of May 1221, the Sixth Parliament saw a number of feudal lords revolt against the King, mainly by setting the young Royal Navy ablaze, completely killing the idea. Within two months, King Torrino III and his supporters, the Diademites, quelled the rebellion in the northern provinces just in time to silence the fears of a potential English invasion against a weak France. With the most radical members of the Opposition executed or exiled, peace seemed to have been restored. The reality, however, was that many of the surviving lords who were pardoned still opposed the Crown and allied with, not England, but the lords of Bretonia. In September of that same year, King Rian I Moore, Lord of Bretonia, declared war on Duke Andrew I Dover, Lord of Dover. Some of the French march lords allowed the Breton forces safe passage through France’s lands, resulting in pillaging and raiding along the border. The threat was so severe that even the sovereign Duke of Chatersberg, Lord Leopold X de Chatersberg, wrote to the King of France asking for aid. Many in the north seemed to think that a full-scale Breton invasion would follow their little war with Dover.

The Lords of France convened during the Seventh Parliament on October 24th to discuss the question of war with Bretonia. The majority of the Parliament was in favor of declaring war, but Torrino III made it a point to not declare war against King Rian, and instead label the upcoming conflict merely as a defense of his own lands since Bretonia had never declared war against France. The Parliament agreed, and no approval was required since King Torrino was merely acting in self-defense. Chatersberg was granted full rights to fight on French soil and defend the lands of France, while the King of France guaranteed the territorial integrity of its vassal. As winter arrived, the fighting died down and all the armies returned home or settled down to wait out the winter. Come March 1222, King Torrino III Sirius mustered his levies and marched north to face the Breton invaders. The majority of King Rian’s forces were led by his brother, Sir Abran Moore. They had crossed into France around March and slowed their advance to stock up on supplies by raiding the French countryside. Their attempt to live off of the produce of France eventually cost them their momentum and allowed King Torrino III’s forces enough time to catch up and engage them.

The Battle of Mortain

On March 28th, King Torrino III’s forces of 7.400 strong approached and sighted Sir Abran Moore’s army of 8.000 strong. Both sides dug in and encamped as soon as they had noticed each other. The Bretons had raided the village of Mortain a few days prior and were collecting their supplies for a future march. In their conquest, they managed to take all the grain, livestock, beer, and a sizable number of women back to camp. The two forces engaged each other through skirmishes, with neither side particularly eager to attack the other. The living conditions at the Breton camp were slowly deteriorating. After the fourth day, they had gone through a large portion of their supplies since their strategy was to take what they needed from the land. Being rooted by the French army foiled that plan. Through the use of his spies, Torrino III learned of the Bretons’ dire situation. On the sixth day, right after dawn, the French army marched following a small victory against some Breton skirmishers.

Reports are conflicting, but if the victors are to be believed, one of the women who was captured during the raid of Mortain, named Marcella, noticed the French army approaching the Breton camp and quickly went into Sir Abran Moore’s tent to distract him. This bought the French enough time to approach the camp before the lookouts spotted them. Upon learning of the French army’s movements, Sir Abran attempted to recollect himself and leave his tent to lead his men. However, as he left, Marcella stabbed him in the back. He was saved by his men after suffering two stab wounds and Marcella was killed on the spot by his guards. This diversion bought the French enough time to fall upon the camp. Without any strategy, the Breton army had no other choice but to face the French in open battle.

The terrain suited the Breton as they held the height advantage since they were on a slight slope. The French were aware of this and chose to soften the Breton front with a few arrow volleys. Within moments, the enemy camp burst into flames and a number of their horses fled. The French infantry moved up to the front of the camp, equalizing the terrain and holding for reinforcements. The Bretons launched a counter-attack on the French left flank. King Torrino ordered they be pulled back. The French left began a slow retreat, egging the Bretons to pursue, which they did, breaking away from their main force. At that moment, Torrino III signaled for his cavalry to circle the left flank and hit the enemy on its flank. Simultaneously, the commander of the left flank, Sir Alfred Regon ordered his men to push back and attack, while Torrino III had a portion of the center break off and strike the enemy pushing his left. Within moments, the enemy attack failed and broke into a full retreat. The panic caused a chain reaction, with the Breton center also turning its back and fleeing the battle.

King Torrino III had his infantry halt, while the heavy cavalry chased down the Bretons who were mostly infantry at this point. Two thousand were killed in the retreat and the rest surrendered. Torrino allowed the lowborn fighters to return to their lands, while he kept the nobles for ransom, eventually sending them off as well. Sir Abran was healed and imprisoned in Rosewood, where he remains to this day as the nobility quarrels over what to do next.

Some support executing him for attacking France, others propose he be returned as a sign of goodwill. However, the largest group of Voices advocates for declaring war on Bretonia and seizing its lands as repayment for its invasion of Normandie. King Torrino III will be summoning a Parliament in 1223 to discuss this issue further and finally decide whether France should go to war again.

Stories from the Fall of Rosewood (1168)

Survivors from the Fall of Rosewood recounting meaningful moments from their lives relating to that dreadful day.

A recent mark in Rosewood's history which is still fresh in the minds of many. 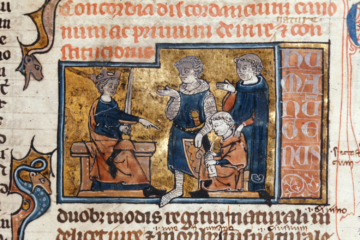 Every City is only as good as the shadow it casts beneath it. Rosewood's shadow is unimaginably large.