by Doge Bernabas Guerra of Rosewood

Today, I, Doge Bernabas Guerra, write as a matter of duty and preservation of knowledge. I write in the hopes that the clergy will read this and consider the events of this period so that what Sir Marriot, named by the people “Saint Mortem” is never allowed to reoccur.  I realize that I am not a usual person to be involved with this kind of thing, but I have been brought into it and have been made aware of it through the notice board of Rosewood. A mercenary job in Gensen, I inquired further into it. I received the following letter in reply.

In my Lord’s name, Sir Johan II of Gensen, I write to you Doge Bernabas,

Gensen’s history is one of war and struggle. Some odd twenty years ago the Imperial Army sent its butcher to attack us. Many of our men were killed and a generation lost. Despite this, we have toiled and kept growing. Now the Knight known as St. Mortem threatens our way of life. He has demanded a tribute of gold and women which we cannot afford to pay. We need honest men to defend us since our liege will not. We offer 5.000 buckles, plus any and all spoils from the battle that you may scavenge.

May God keep you,
Chaplain Timothy

Dated 1110, Gensen, a village near Rosewood, during Torrino I’s reign

I of course inquired about the clergy’s opinion of the knight and learned that he was denounced by most clergy in the Empire, but they were powerless against him because of his position. This meant anyone who would stand against him, he could brand a heretic and slaughter them and anyone who stood with them. I wasn’t going to lead my men into something that they wouldn’t have walked out of. I declined.
Later, I wrote a letter to Lord Mayor Robbert Fisher II of Rosewood. He called me to his office in Fernyard Fortress where we discussed what we could do. He asked if I was familiar with Saint Mortem and I showed him a letter from Sir Marriot himself. He translated the letter from Latin and it said,

“Master Bernabas, I see no reason for cruel words to be directed at a man serving his Lord. If you had any ounce of faith, you yourself would have marched into Gensen and slaughtered the heretic yourself. If your name comes up again during my adventures in Frankia, I will make sure that your arrival at the feet of our Lord God is swift and decisive.”

Dated 1110, bearing the seal of the Divine Knight Order, written originally in Latin

My only assumption is that he read the letters the Lord of Gensen and I had exchanged while entering the fortress. The mayor sent me to Gensen to recover any bodies or any survivors who may be left and take them to Rosewood. I rallied my men and called on a friend by the name of Renart de Sesan. We set off to Gensen and we found a completely sacked settlement. A man was hung from the church, I assumed the local priest. I went inside the church to cut the priest down so that he could be buried, I discovered a Divine Knight. I did not instigate him as he was in prayer, though I did remain weary. I carried the man back and sent a messenger to request wagons and priests to be sent by the Mayor of Rosewood. They were granted and as we loaded the dead and injured onto the wagons, I counted 88 dead and 43 wounded. A sad loss of life.
I returned to Rosewood with my men and the squire Renart de Sesan, sending the survivors sent to the infirmary and the dead transferred to the church for burial. I proceeded to have a minor conversation with Mayor Robbert II Fisher’s Court Chaplain. After the ball was concluded, I went to speak with Mayor Fisher Himself. I was paid as agreed, but I wanted more. I told him how Gensen had been completely sacked and the death toll as well as the wounded. I gave an account of the priest that I had found hanged from the church. We both agreed that he needed to be stopped and I requested knighthood as I saw it as a way to have the authority to protect the region. The mayor compromised very wisely by simply giving a piece of parchment that gave me the authority to lead armies in Mayor Robbert II Fisher’s lands, to request aid from his vassals, to enter any home in his demesne, and to arrest who I saw fit.
I immediately set out to raise an army, requesting men from Lady Johanna first, then I bought some 100 mercenaries, before requesting some from Mayor Fisher. I proceeded to hire 100 more, our numbers being over some 300 men at that point. I received another letter from Sir Marriot KSG that translated:

“I have warned you once against meddling in my affairs while I am in Frankia. You choosing to align yourself with heretics and defend them openly is cause to believe you are either one of them or that you seek profit from them. Either way, your punishment shall be swift and your sentence absolute. Rest assured that I will speak to the highest authority regarding this matter. Consider yourself unwelcome before the communion of our Lord, for heaven shall be denied to your soul.

God’s wrath will fall upon you,
Sir Marriot KSG”

Dated 1110, bearing the seal of the Divine Knight Order, written originally in Latin

This was obviously a feeble attempt to intimidate me into surrender, however, I knew I had the advantage. I had the people of the region, the local lords and clergy, God, and around 441 fighting men.
My strategy was to hold off any attacks until the 200 High-quality Mercenaries had arrived at Gensen as I told them to. Then I would crush Sir Marriot KSG, attacking him from two fronts, splitting his force into two armies of around 200.
It was on the twentieth day of February that I was excommunicated from the faith. On the same day, the Knight Divine from Gensen’s church arrived at Hornett’s gate. I went with some knights to investigate, not knowing what to expect. I ordered him to identify himself and to state his business. He claimed to be Sir Gregor KSG. To have deserted from Saint Mortem’s horde to seek retribution in the eyes of the Lord. It was through him that I learned that it was indeed Sir Marriot who had been ordering his men to torture the men and women of the villages he sacks, making them appear as Genesians. I sent him to Rosewood, hoping he would be of use to the mayor.
Later, once my mercenaries began arriving, I planned along with Lady Judith and her small council, for an attack. In the dead of night, my men at Hornnet would attack and attempt to burn the camp while my 200 men at Gensen would do the same. The night came, my men successfully infiltrated the camp, but they did not fight back. They came to discover that the Divines and their fighting force had left the camp, gone north, and waited for us. We had a spy in our ranks. Eighty-eight of our men were killed. I made Lady Judith aware as well as her council.
And now, I plan to sneak into their camp, kill and take the attire of one of their knights and poison their horses as well as anything else the Lady orders.

Post Scriptum: Although his notes remain unfinished, I, Master Harry Gulcher, sign these last pages with the knowledge and insight of St. Mortem’s exile out of the Sirius Empire for his crimes against the people here. I am sad to conclude that the fate of the hero Bernabas is unknown. However, Gensen and Hornnet keep him in fond memory. 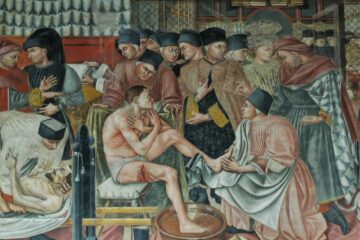 Leech Elisabeth's summary of the most advanced medical ways of her time. It incorporates pagan medicine as well as ancient techniques. Its influence is so great that it will remain the basis for most medicine for at least 400 years after her death. 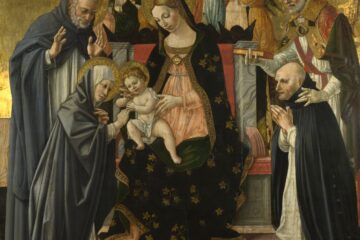 The Importance of Confession and Eucharist

One of the only texts preserved in the Imperial Library written by Mother Agnesop. 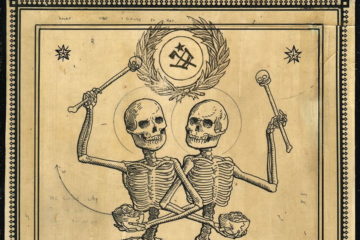 The last known written records of St. Athelstan of Rosewood. The pages containing these writing are kept within the Imperial Archives.